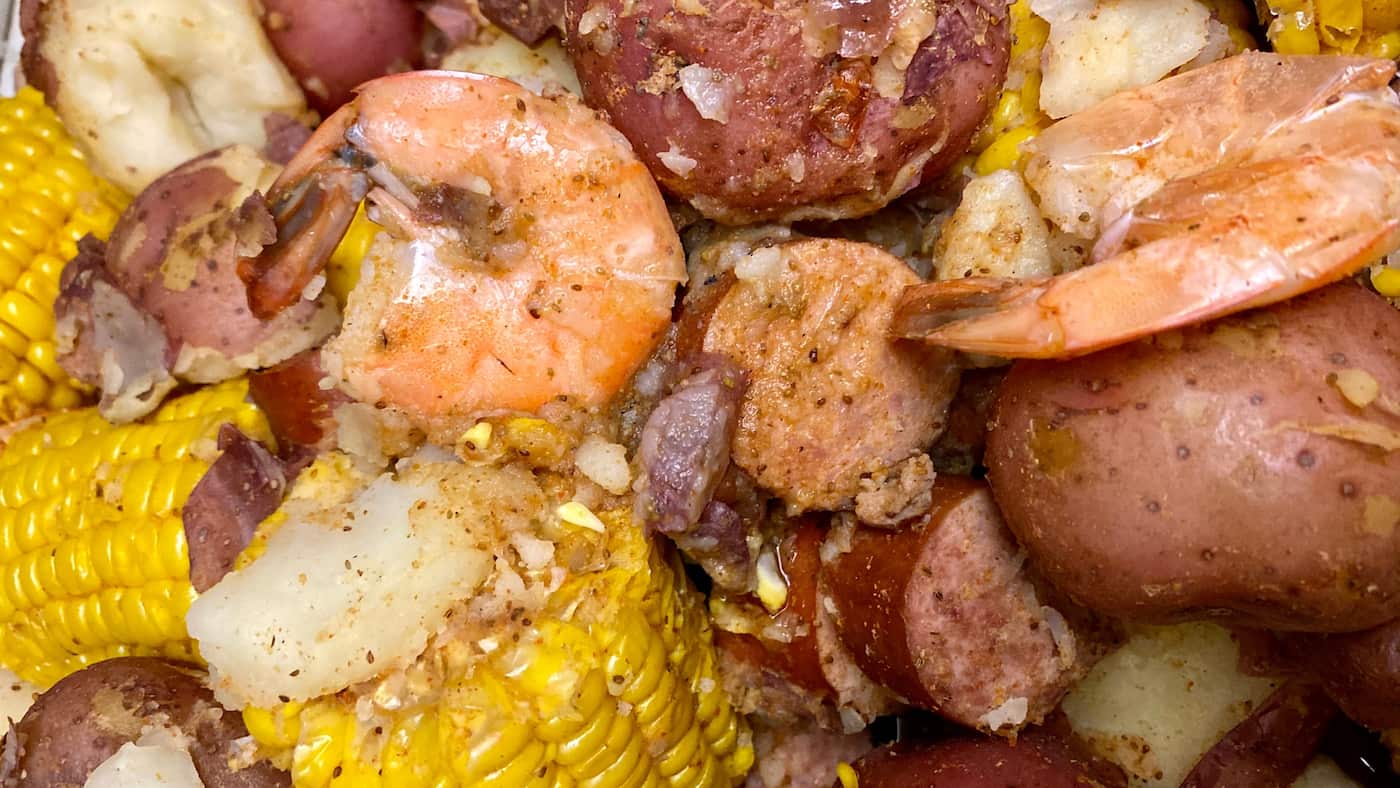 No culinary tour of Beaufort South Carolina would be complete without an introduction to Beaufort Stew, one of the most popular and delicious dishes this friendly southern state has to offer. It’s easy to make, gloriously messy to eat, and unfailingly delicious. If you’re like most visitors who try our Beaufort Stew, you are going to want to make it at home.

We’ve included a recipe so you can cook up this feast yourself. It won’t be quite the same unless you live here in Beaufort SC and can get yourself some fresh caught shrimp, but hey, you can try.

This meal is a winner and best served piled onto a wad of newspaper – and outside on a picnic table. It’s messy!

As with most traditional recipes, there are variations – gourmet style, country style, mom’s home-cooking style – but any way you make it, this stew has some essential, must-have ingredients. Here is the simplest version.

For each person, you’ll need:

How to prepare the stew:

Strain the liquid off the stew right away, discard it and dump the whole mess of corn, shrimp, potatoes and sausage onto the newspapers in the middle of the table. If you’re all formal-like, you can ladle the stew into big bowls, but it’s more fun the other way.

Put out lots of condiments: shrimp cocktail sauce, mustard, pickles, heck, even ketchup, and make sure there is a big pan of fresh hot cornbread on the side.

You’ll need plates for the food, bowls for the cobs and shrimp shells and LOTS of napkins.

Beaufort Stew is a Lowcountry dish with a history – and many other names!

Before you dive into cooking, let’s first learn a little more about this popular and versatile dish.

Beaufort Stew is sometimes called Beaufort boil, Lowcountry boil, seafood boil, tidewater boil or Frogmore stew. Whatever you call it, this savory dish is the perfect choice for a relaxed meal for a large crowd.

Beaufort Stew is full of textures and sweet, smoky flavors. The earthy taste of new potatoes, the crunch of sweet corn, the heat of spicy smoked sausage and, best of all, those succulent shrimp with their delicately salty ocean tang.

Speaking of the salty ocean, it’s good to know that Beaufort and the surrounding areas are dedicated to harvesting sustainable locally caught seafood. We are invested in keeping our oceans and seaways healthy and productive.

The Atlantic east coast waters are rich with a variety of shrimp, crawfish, crab, oysters and finned fish of every kind and folks down here have been finding delightful ways of preparing nature’s gifts for centuries.

People often have questions about Frogmore, and Frogmore stew. The most common ones are answered here:

Why do they call it Frogmore stew?

They call this dish Frogmore stew because it originated in a small community named Frogmore located halfway between Beaufort and Hunting Island State Park in SC.  Although there are many versions of this dish available, the name Frogmore Stew was first used by Richard Gay in the 1960s. Mr. Gay was one of the owners of Gay Fish Company on St. Helena Island in 1968. Richard Gay was tasked with feeding 100 of his fellow National Guardsmen in one sitting and so adapted an old family seafood recipe. Seafood “boils” could be cooked in one pot quickly and with delicious results. Everyone was fed and history was made. Frogmore Stew became widely known after it was featured on the cover of Gourmet Magazine in the 1980s.

What do you serve with Frogmore stew?

Iced (sweet) tea, and cold beer, or any of your favorite beverages are good.

Some tasty side dishes are always welcome. This is the crowd-pleasing meal where you can serve up your potato salad, coleslaw, green salad, crusty sourdough bread, cornbread, and garlic bread. The more variety, the better the feast!

How is Frogmore stew different from Beaufort stew?

The difference between Frogmore stew and Beaufort stew depends on who is doing the cooking. They are essentially the same dish, right along with seafood boil and tidewater boil. Some cooks add crab, crawfish, or scallops, but there is always corn, smoked sausage and potatoes. Again, the more variety, the better the feast.

Don’t forget dessert. There has to be dessert.

We love peaches – and there is nothing quite like a big juicy peach straight from the tree.

Contrary to what most people believe, South Carolina produces more peaches than any other Southern state.

If it’s peach season in Beaufort, serve up a bowl of fresh picked juicy sweet peaches just as they are.

Little ice cream on the side? Whipped cream?

Or pecan pie? Or chocolate silk pie? Or apple pie?

Whatever you choose to add to your “boil,” be prepared to have a happy crowd of diners and big ‘ole mess that’s easy to serve, and to clean up.

When you’re down Beaufort way, try our version of this seafood boil. Just remember, once you’ve tasted it, you’ll surely be back for more.

We’ll be happy to see you!

USCB CENTER FOR THE ARTS 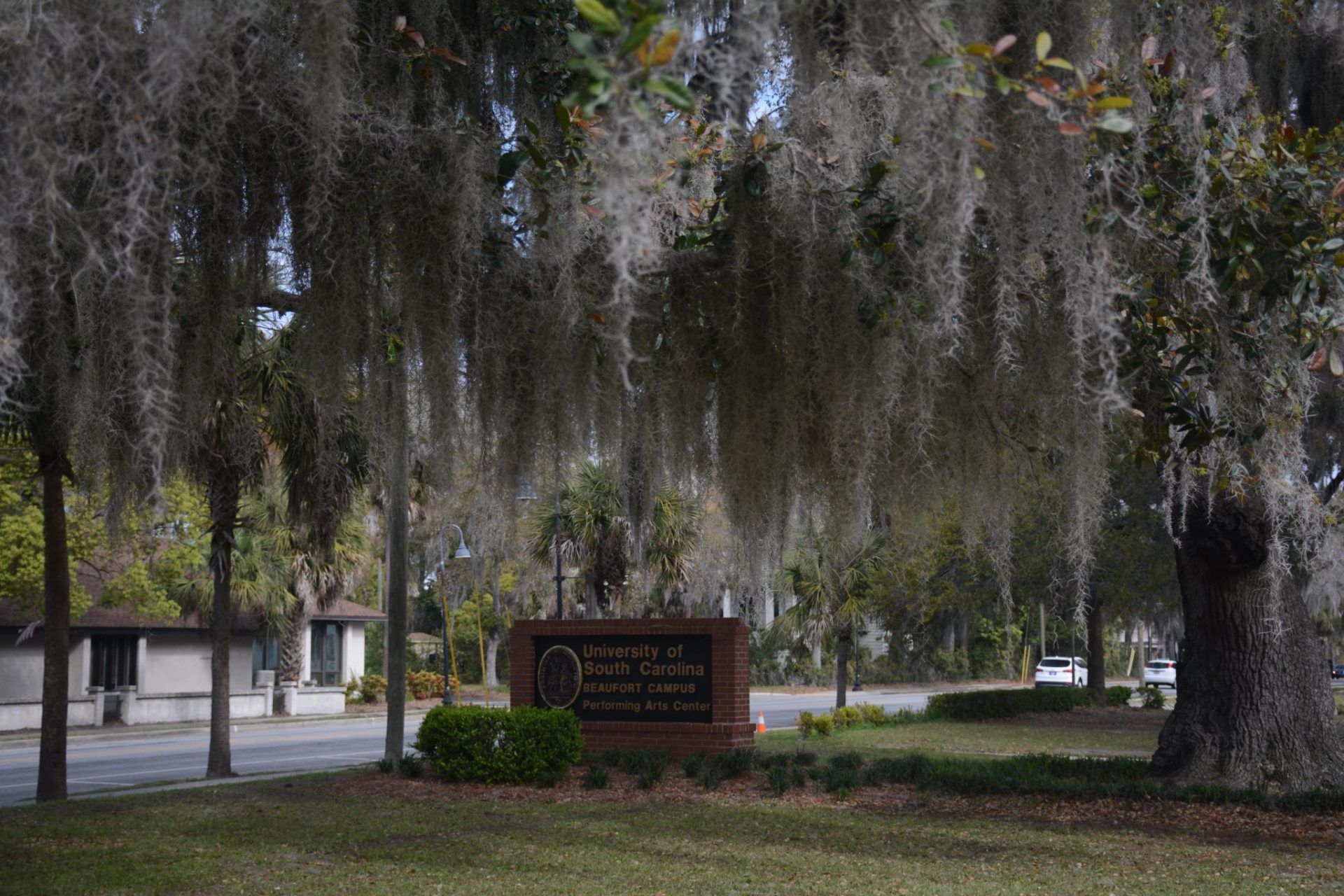 Art exhibits, theatrical events, concerts, and other performances, plus the Pat Conroy Literary Festival – there’s never a dull moment at the University of South Carolina Beaufort’s Center for the Arts! 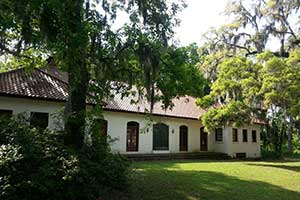 Penn Center is one of the most significant African American historical and cultural sites in existence – it is the site of the former Penn School, one of America’s first schools for former slaves.  The Penn Center has been an active site for over one hundred and fifty years, and still works towards historic preservation, education, and justice for the descendants of the previously enslaved Gullah Geechee people. 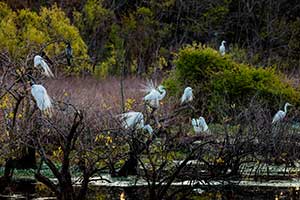 These protected wetlands serve as a bird watcher’s paradise.  A .6 mile boardwalk and paved trail combination circles the wetlands, providing the best views of the cypress swamp, along with a variety of wildlife.  Herons, hawks, eagles, owls, falcons, geese, ducks, and other migratory waterfowl are all common sightings. 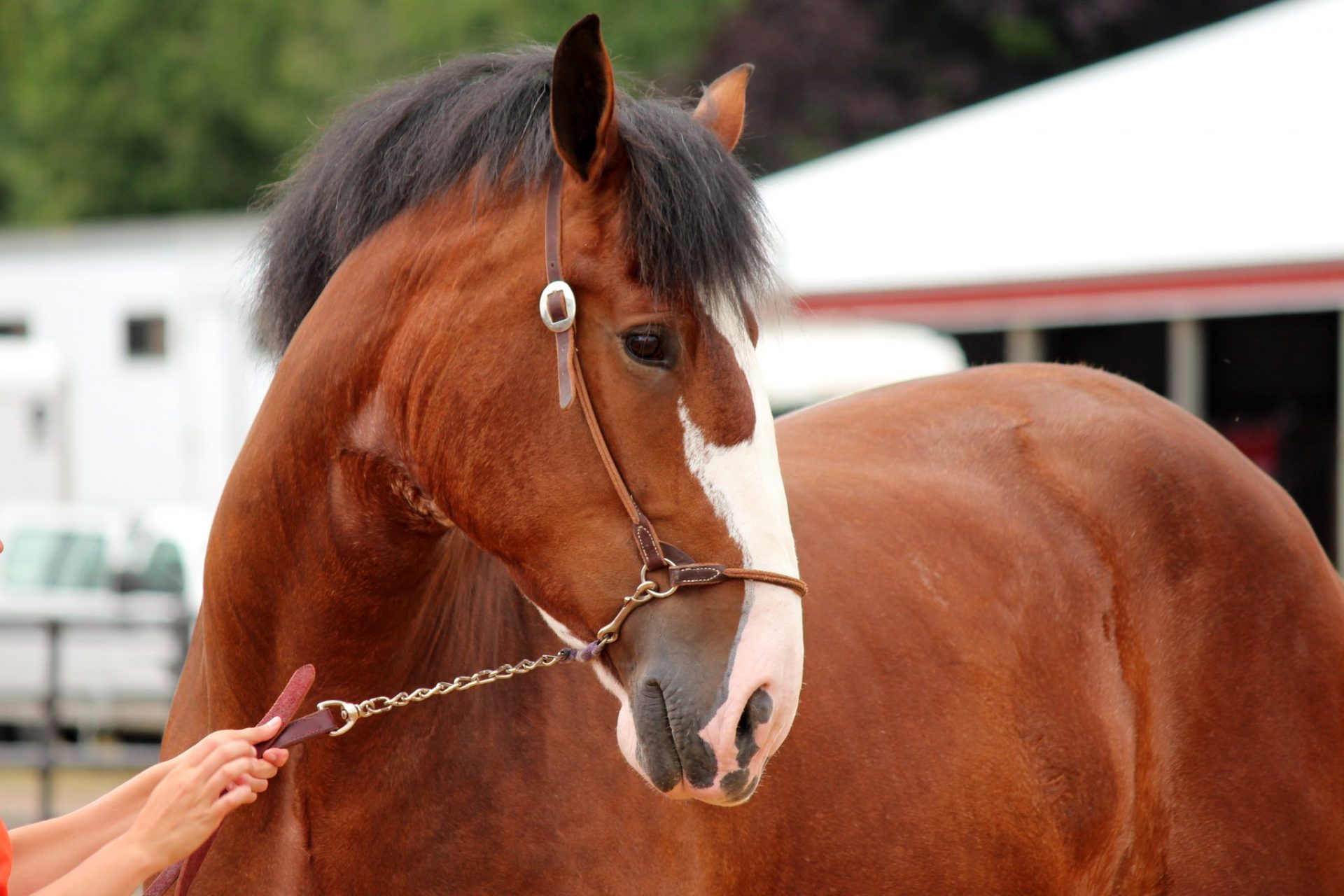 Narrated horse drawn carriage tours of historic downtown Beaufort depart every 40 minutes.  Reservations are not required, but they are heavily encouraged, as carriages can fill up quickly, especially on the weekends. 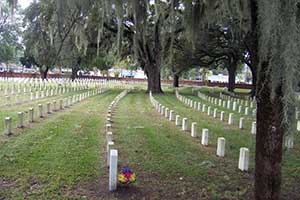 On the national register of historic places, this cemetery was originally for Union solders who died during the occupation of Beaufort during the Civil War, although 117 Confederate soldiers were eventually also interred here.  Of note, “The Great Santini,” Colonel Donald Conroy’s grave is here.  Interpretative and educational signs and monuments are placed throughout the cemetery. 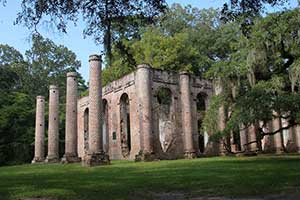 Burnt once during the Revolutionary War and once towards the end of the Civil War, the ruins of the Old Sheldon Church refuse to fall.  Currently maintained and preserved by the St. Helena Church, the Old Sheldon Ruins are open to the public and will thrill any history buff. 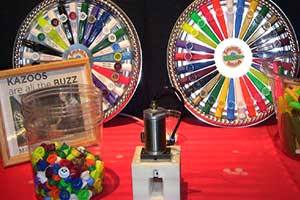 The museum contains one of the largest private collections of kazoos, and has free admission.  45-60 minute paid tours of the factory are offered, and they include a video presentation, demonstrations, a guided tour of the kazoo factory, and the unique opportunity to build a unique kazoo to take home as a souvenir at the end of the tour. 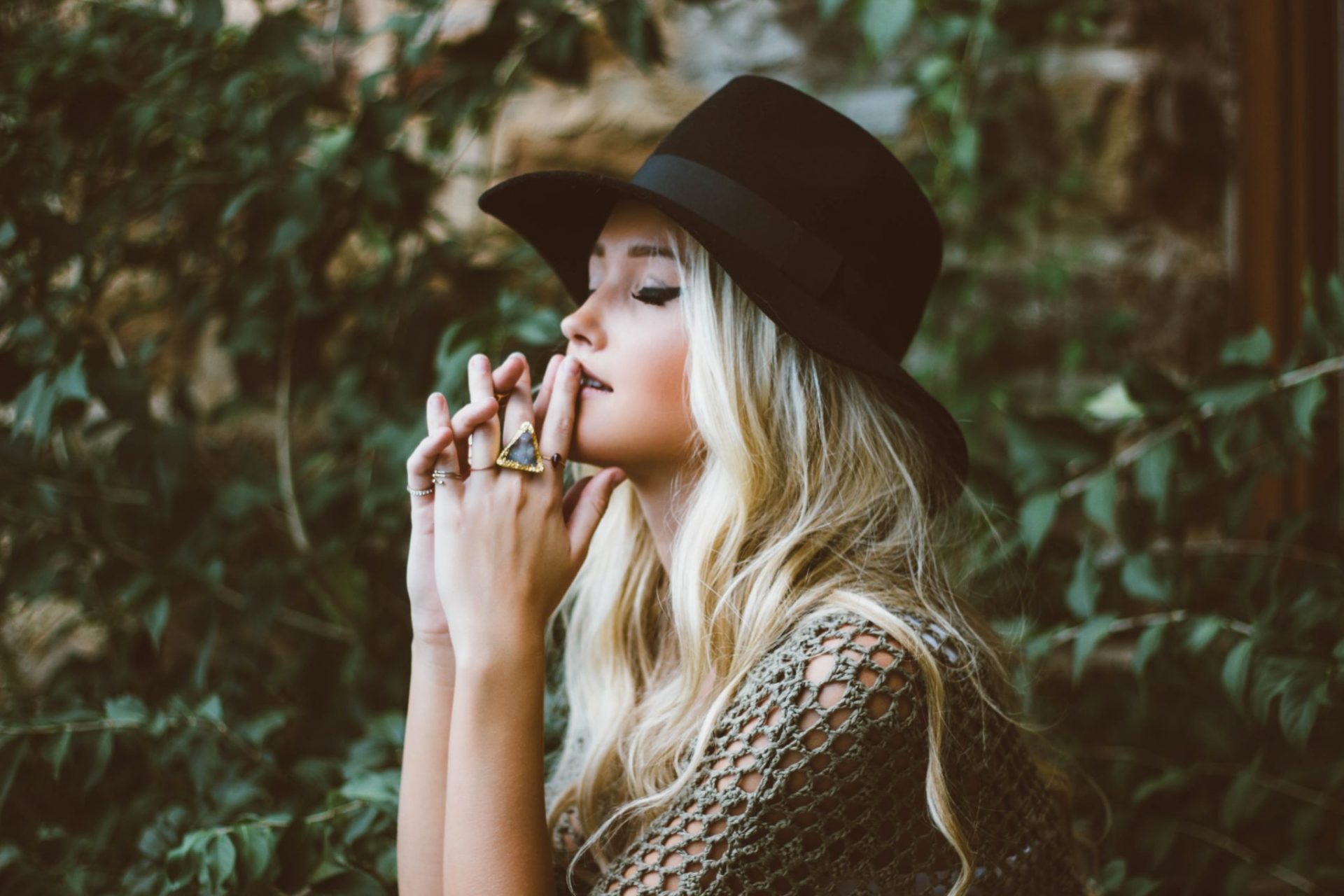 SugarBelle is the kind of boutique larger cities would dream of having, with an artfully curated selection of women’s clothing, accessories, boots, and gifts. 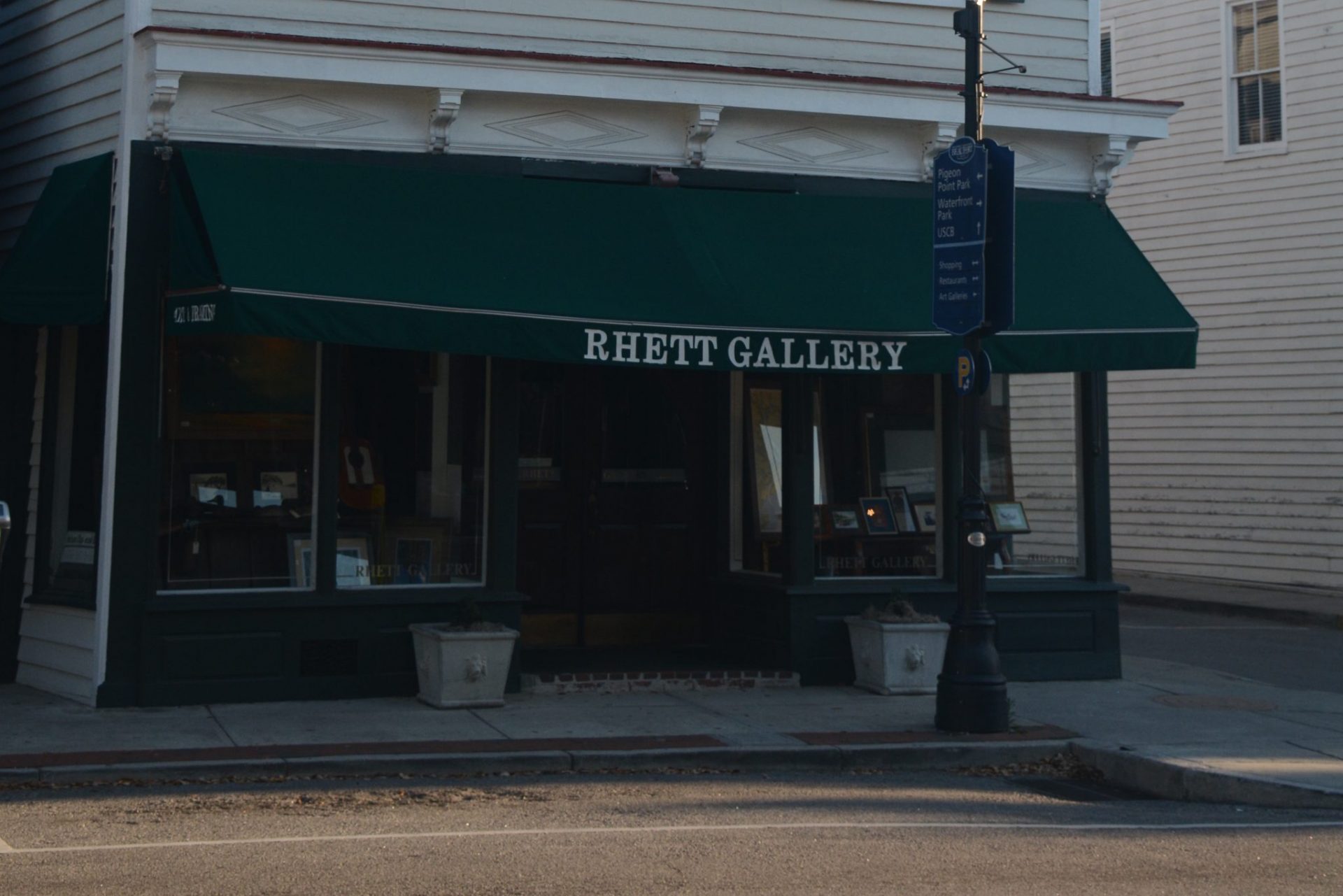 The Rhett family includes five generations of artists. Each wall and every corner of the art gallery is filled with carvings, paintings, and prints, all of which which were created with care by the Rhetts. 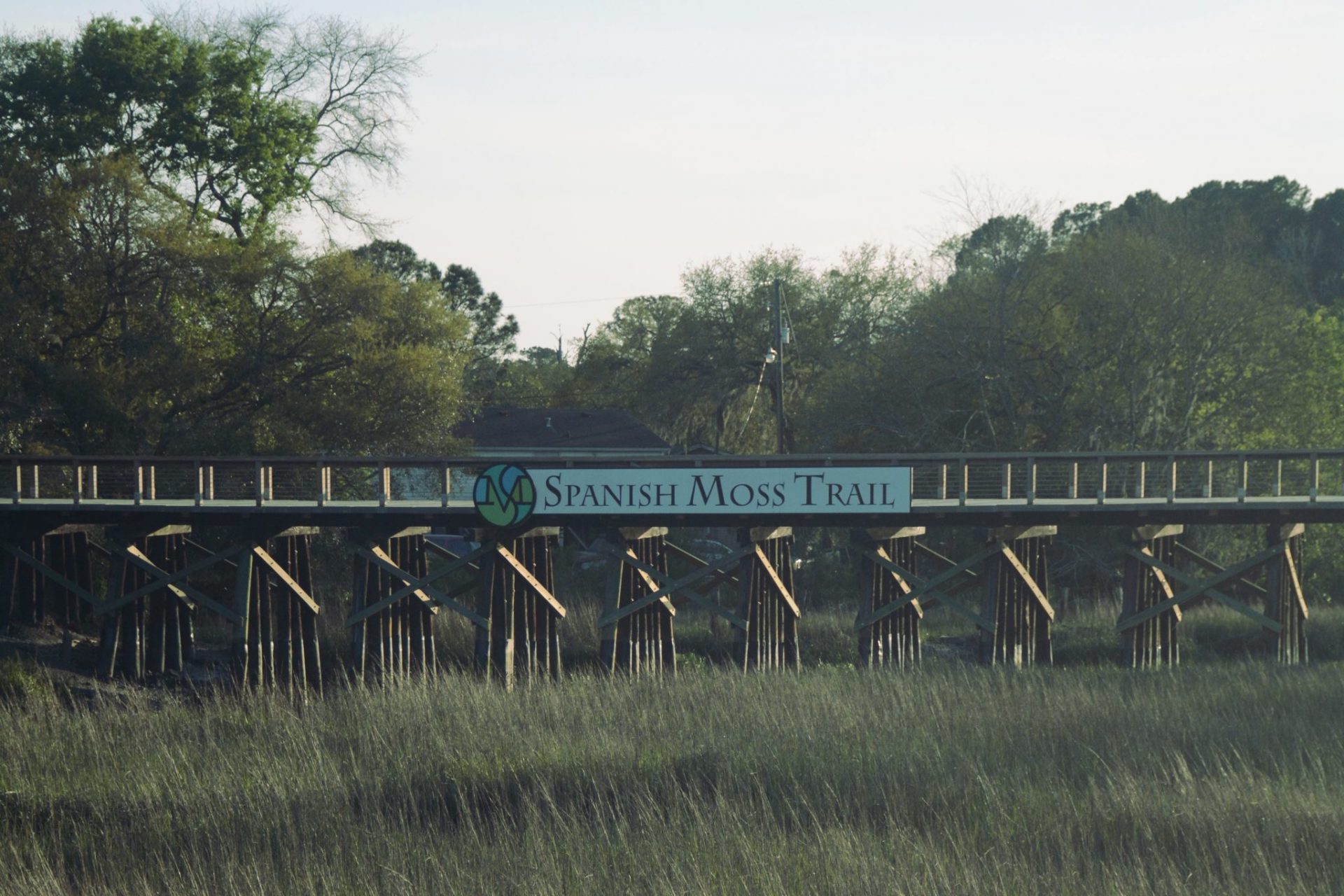 Only partially completed, but already enjoying popularity from Lowcountry residents, the Spanish Moss Trail is a welcome addition to active residents of the local communities. Whether you prefer to jog, bird watch, bike, or take the family dog for adventures, this recreational trail is designed to cater to you, with five miles of the new trail already in use by the public. When fully complete, it will travel through the towns of Port Royal, Beaufort, Burton, and Gray’s Hill, ending at the Whale Branch Pier. 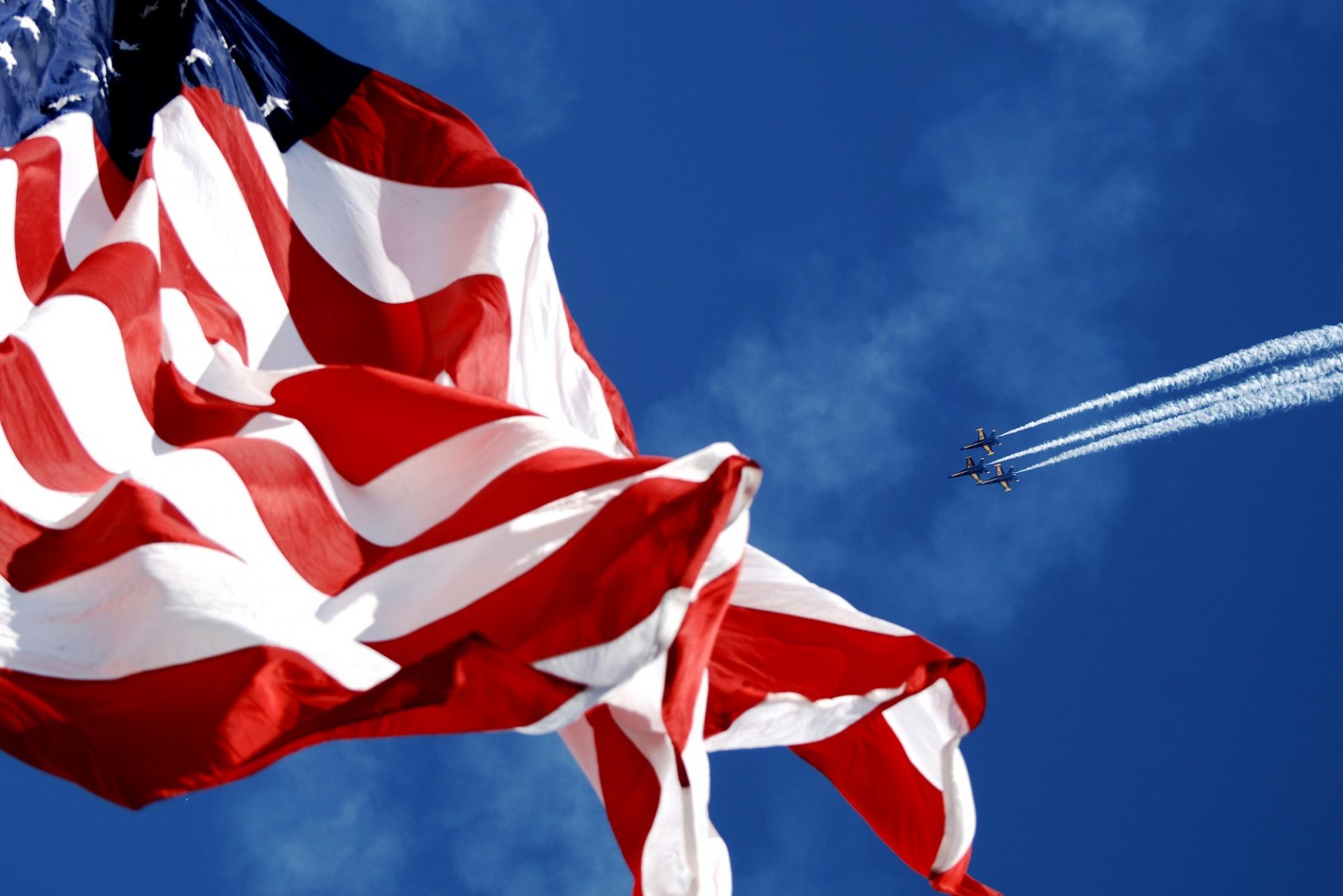 Don’t miss the the Parris Island Museum, containing 10,000 square feet of the history and traditions of the Marine Corps. The museum also has an exhibit detailing the town of Port Royal’s particular military significance in various battles from the American Revolution to the Civil War. Admission is free, so there’s no reason not to bring the whole family. 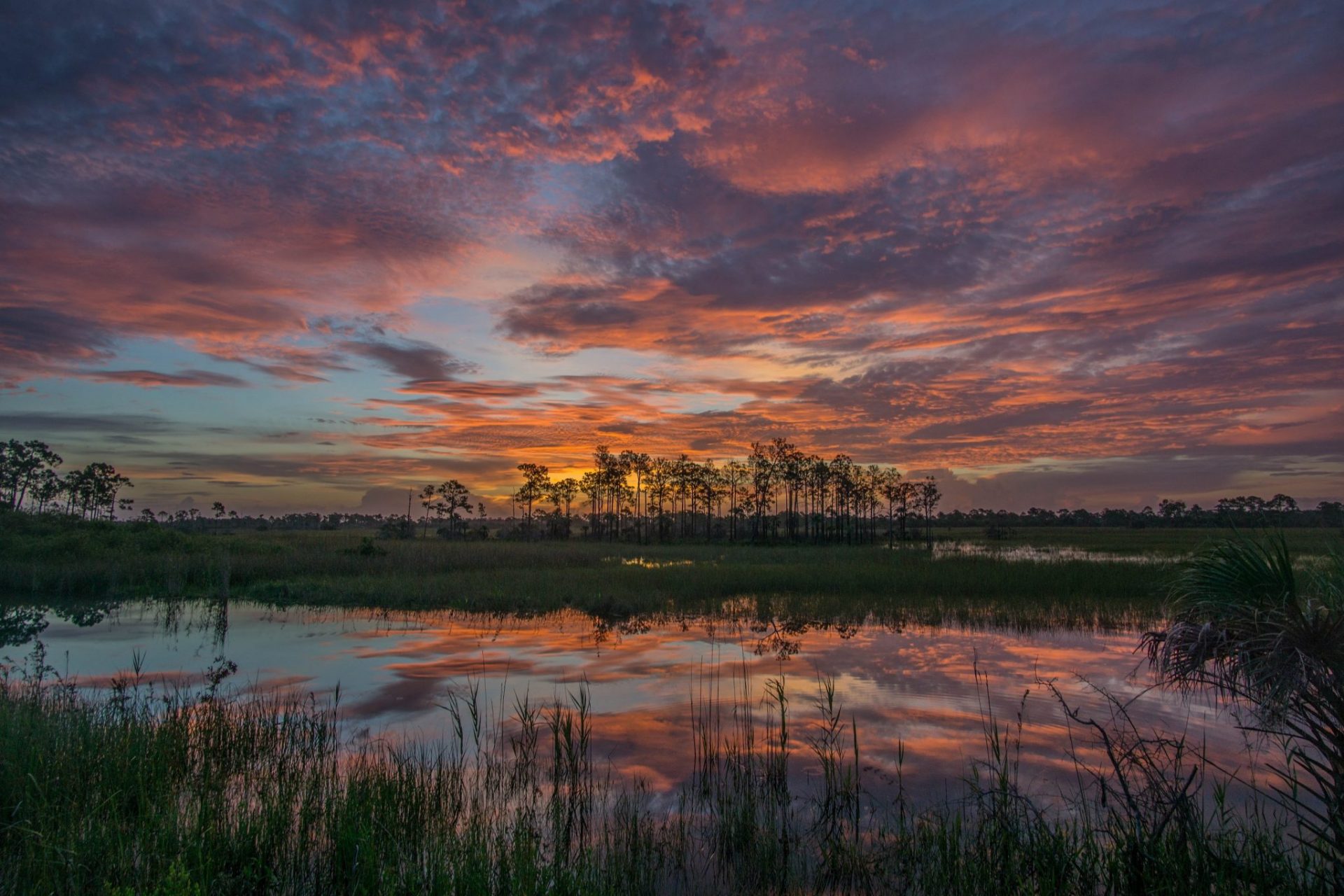 Hunting Island is a barrier island that is not only South Carolina’s most popular state park, but also a sanctuary for wildlife, including loggerhead sea turtles, alligators, pelicans, and dolphins. The abundant wildlife sightings are just one reason to visit; the island also contains five miles of natural beach and thousands of acres of wilderness: marshes, forests, saltwater lagoons, and an ocean inlet are all accessible to visitors. Hunting Island is also home to a publicly accessible, historic 170-foot lighthouse. 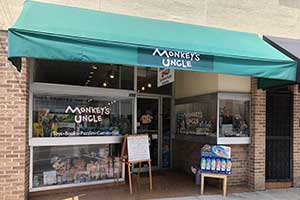 Locally owned and operated, Monkey’s Uncle offers toys, puzzles, and games for all ages alongside baby gifts and children’s books.  Classic and modern toys are available, as is expert shopping assistance. 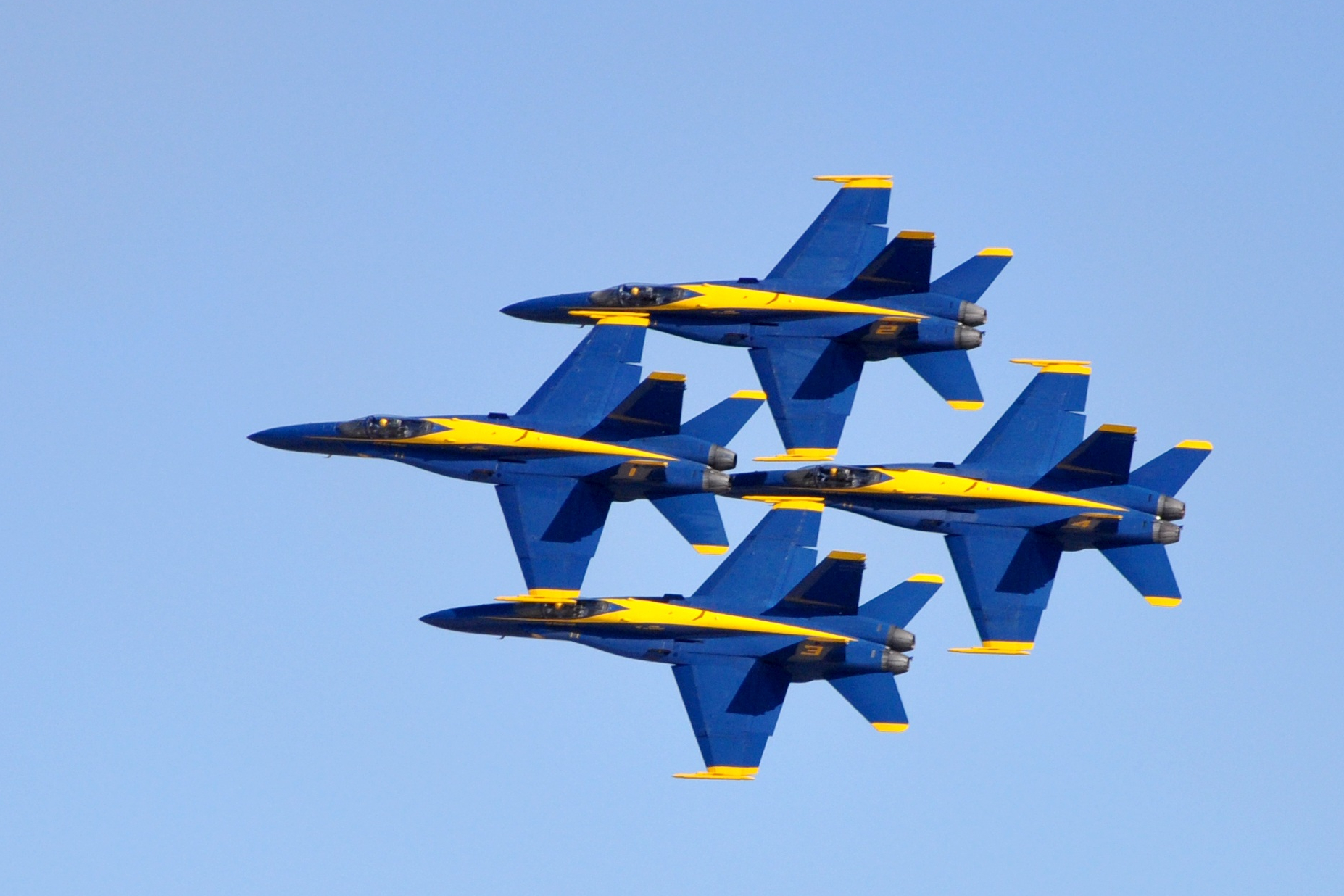 Nearly 100,000 attend the Beaufort Airshow each year – it is free to the public, and shows the very best of Naval aviation.  The Blue Angels make annual headlining appearances.  A rotating selection of historic aircraft are on the ground each year as static displays for both photo and educational opportunities. 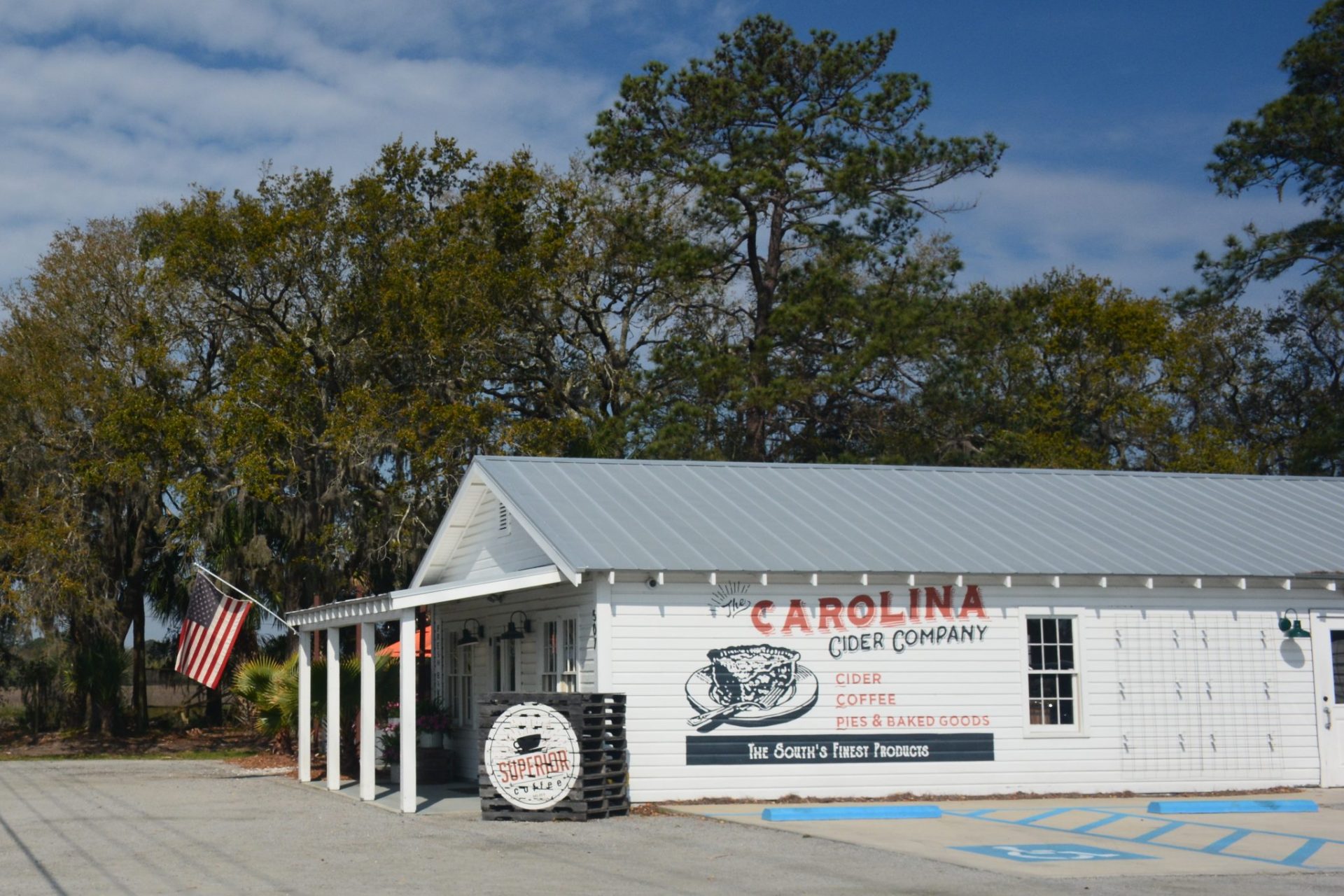 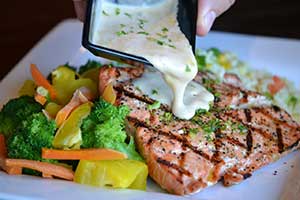 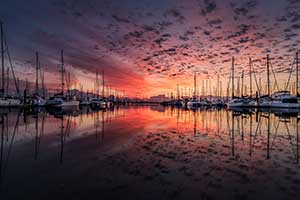 Lady’s Island Marina Store doesn’t sell fishing bait or tackle, but they do sell all kinds of works by local artists and grab-n-go meals.  If you find yourself out on the Beaufort River, keep an eye out for their boat, which travels the river as a mobile store providing food, drinks, and even sunscreen to boaters. 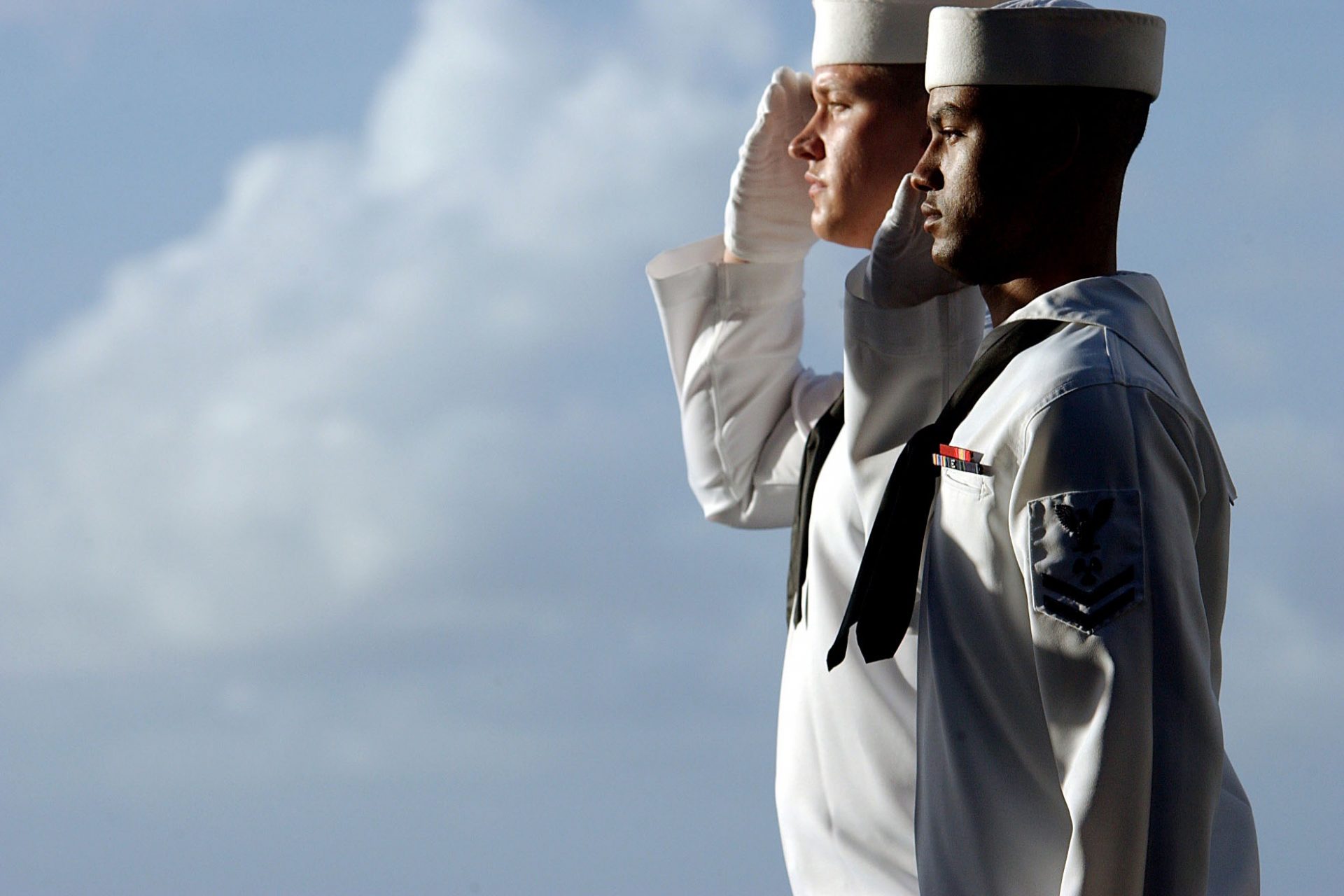 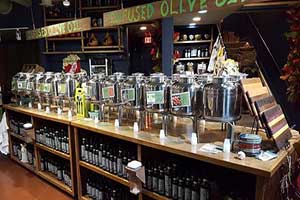 Olive the Above stocks over fifty varieties of olive oils & balsamic vinegars imported from around the world alongside a selection of South Carolina specialty items such as ghost pepper whipped honey, Geechie Boy grits, and local pickled vegetables.