I can’t write an English sentence without breaking out in song praising the everlasting summons of these shining sea islands we call home.

Beaufort, South Carolina, is located on Port Royal Island, one of the largest of the 65 Sea Islands near Beaufort SC along the southeast Atlantic coast of the United States. The islands are separated from the mainland and each other by rivers, bays, sounds, and the Intracoastal Waterway.

More than half of the Sea Islands are undeveloped, so their marshes and coastal waters are a refuge and paradise for gulls, terns, bottlenose dolphins, reptiles, amphibians, tortoises, and turtles. In addition, foxes, white-tailed deer, skunks, opossums, rabbits, armadillos, and many other mammals inhabit the forests.

Some of the larger islands near Beaufort South Carolina include:

Though heavily developed, this 1400-acre island is a refuge for wading birds and their rookeries. The island has a large lagoon abundant with ibises, egrets, and herons.

Named for Captain Johannes Fripp, a 17th-century pirate recruited by the British to help protect the coast from Spanish attackers. The size of Fripp Island is about 6000 acres. Beloved South Carolina author Pat Conroy had his summer home here. Many scenes from Forrest Gump were filmed on Fripp Island.

This 5000-acre island is a state park, drawing more visitors than any other SC state park. Four miles of beach, a historic lighthouse, campsites, maritime forests, and hiking and biking trails offer plenty of activities for visitors.

Just southwest of Fripp and are only accessible by boat. The University of South Carolina owns Pritchard’s Island.
Atlanta businessman Philip Rhodes donated the 1,600-acre island to the University of South Carolina in 1983 with the condition it would be used solely for coastal research. As a result, one of Beaufort County’s most nested beaches, Pritchard’s Island, hosts a growing population of endangered Loggerhead Sea Turtles between May and October. Little Capers Island beach is located in Beaufort County on the southern end of Pritchard’s Island.

Home of the US Marine Training Center. The island is also a historical area where the first Spaniards and French landed in the 1400s. Dug fortifications are still there, and there are French and Spanish monuments that memorialize their compatriots.

A 370-acre island located just north of Beaufort and Port Royal. Historically, the island was home to indigo plantations, and now, though still partially rural, it is becoming a lovely well-developed seaside hamlet. The island can be accessed by car over two bridges, and boat ramps allow entry by water. The traditional neighborhood community of Celadon is located on Lady’s Island.

64 square miles of Lowcountry culture, beauty, and history. Home to the Penn Centre, the first school for formerly enslaved West Africans, the Island is also where Martin Luther King wrote his famous speech; I Have a Dream.

Why not visit us and see Beaufort and the islands for yourself?

We’ve made it easy for you to spend two nights and three days touring the Beaufort area and Celadon. Contact us to plan your Discovery Visit.

We can’t wait to show you around. 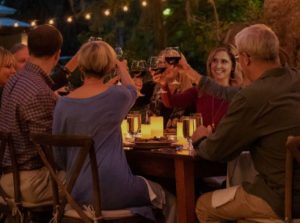